Hay fever and acupuncture
Spring at last burst out of its box, for us a few weeks ago. The blossoms of Magnolia and Cherry signal that the fields of Rapeseed, pictured below, is almost ready to release its pollen for the misery and pain of perhaps millions of the population. It seems that instead of the usual wheat or barley, farmers have chosen to plant the fields with rapeseed. This pollen can cause a very strong allergic reaction generating an equally strong immune response in people who are sensitive to dust and air borne particles, (hay fever). This immune response is typically a runny nose, watery eyes, constant sneezing, and in more severe cases a tightness in the chest with a slight fever and a malaise. 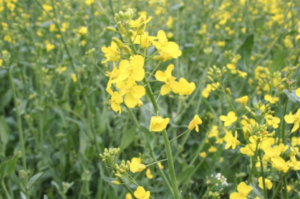 Within the Chinese Herbal Pharmacopeia, historically there are herbal decoctions which have relieved such symptoms, in modern times the remedy has been adapted for urban pollutants as well. Acupuncture if one can cope with the needles while suffering from the above can alleviate the symptoms and the herbs continue to improve the pathology. However I should also say that a true answer to someone suffering from this condition is to start in the Winter to improve their immunity so that when the season starts they have an advantage over the onslaught of foreign bodies creating havoc with their health.