Lingzhi mushroom has always been like an antenna to transform the ordinary to the extra ordinary. Through medical history and medical anthropology it has been an Imperial Herb within the medical herbal pharmacopoeia. Known for its ability to improve one’s energy not only on the physical level but for spiritual and emotional focus.

This Lingzhi mushroom is found around the world not only in the East and now it has been identified here in UK by Kew and named Ganoderma lucidum rooney. It has also been treated with enormous respect in ancient cultures as evidenced with very old paintings and statues in Chinese and Japanese culture where sages and the Goddess Kuan Yin is holding the mushroom like a staff or rod. Or my interpretation a Wand…

This mushroom has also been discovered in Caribbean cultures of Arawak and Carib Indians who also identified it as something to revere as it is placed on Altars or over doorways. We can then say it is a world wide link across cultures. From this unique perspective its connection to primitive use to 21st C scientific applications is something to take note. 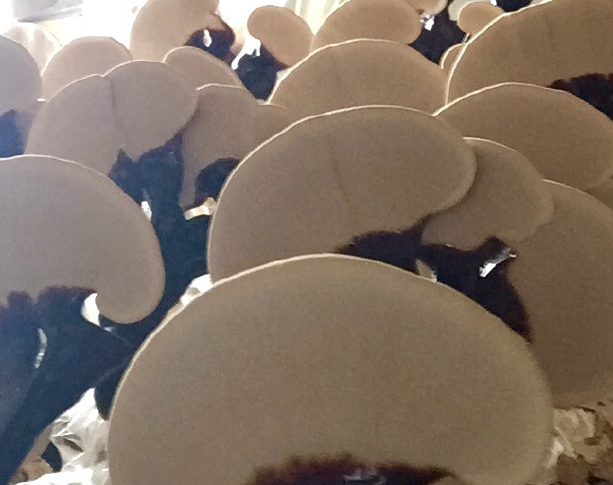